What Does The Empathy Symbol Stand For?

The Empathy Symbol stands for 2 “sides” reaching out to each other, and opening up to try to truly understand the other’s experiences and feelings. It could be 2 groups of people: men and women, blacks and whites, Jews and Muslims, fundamentalist Christians and atheists, Israelis and Palestinians, gays and straights, old and young, able-bodied and disabled, immigrants and native-born, and so on; or it could be 2 individuals: spouses, neighbors, co-workers, etc.

The Original Empathy Symbol, created in 1973

People have asked about the origins of the empathy symbol. I was a college student, active in the anti-Vietnam war movement.

I was contemplating the peace symbol I was wearing, when suddenly the idea for the empathy symbol popped into my head, full-blown. It felt as though it had been given to me, and I have felt spiritually charged to bring it to the world ever since. Deb Ellsworth 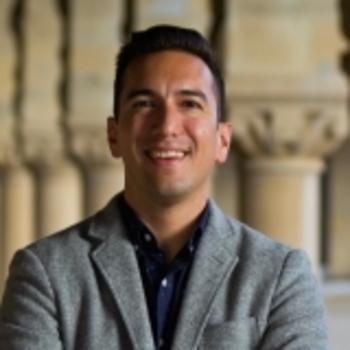 Jamil Zaki is a professor of psychology at Stanford University who has studied empathy extensively. He recently made a fascinating episode for NPR’s “Hidden Brain” podcast, titled Empathy Gym. He talks about the variations of empathy–how cognitive and emotional empathy are different; and how we can develop our “empathy muscles” in various ways, including reading fiction. He relates his own development of empathy from his experience as a child of immigrant parents to the U.S. from two different countries, and how their divorce actually increased his empathy.

He has also written a book titled The War For Kindness: Building Empathy in a Fractured World. The book description says, “In this groundbreaking book, Jamil Zaki shares cutting-edge research, including experiments from his own lab, showing that empathy is not a fixed trait—something we’re born with or not—but rather a skill that can be strengthened through effort. He also tells the stories of people who embody this new perspective, fighting for kindness in the most difficult of circumstances. We meet a former neo-Nazi who is now helping extract people from hate groups, ex-prisoners discussing novels with the judge who sentenced them, Washington police officers changing their culture to decrease violence among their ranks, and NICU nurses fine-tuning their empathy so that they don’t succumb to burnout. Written with clarity and passion, The War for Kindness is an inspiring call to action. The future may depend on whether we accept the challenge.”

For more information about the empathy movement, read Empathy Magazine an online collection of the latest news about empathy from around the world Curated by Edwin Rutsch

Help Us Spread the Value of Empathy!

We will send you FREE up to five bumper stickers, eight peel-off empathy symbols, and four bookmarks. Let us know which items you want, and your address.

Join the conversation on the Empathy Symbol Facebook Page!

Check out our Facebook page, and Follow and join the conversation. Posts about the value of empathy in our polarized world; how to promote empathy; and especially posts to further our own empathy toward, and understanding of, others.

Shirts with the Empathy Symbol

A German artist named Caro created this piece of art using the empathy symbol. Others are incorporating the empathy symbol into their logos (with our permission obtained.) We are looking for artists and craftspeople to help spread the value of empathy via items they create–jewelry, mugs, phone case covers… Please see below for how to obtain our permission to do so, under the Creative Commons License.

Here’s how you can use the Empathy Symbol

Use of Empathy Symbol is subject to a Creative Commons License. Find out more.